Bradley Beal had two strong nights out of the All-Star break, but unfortunately, they both came in losing efforts for the Washington Wizards.

However, the Wizards couldn’t turn BB’s performances into wins this weekend, falling 120-112 to the Sixers and 102-92 to the Jazz. They remain in the fourth seed in the Eastern Conference, just half a game behind the Toronto Raptors for the third seed entering play Tuesday. 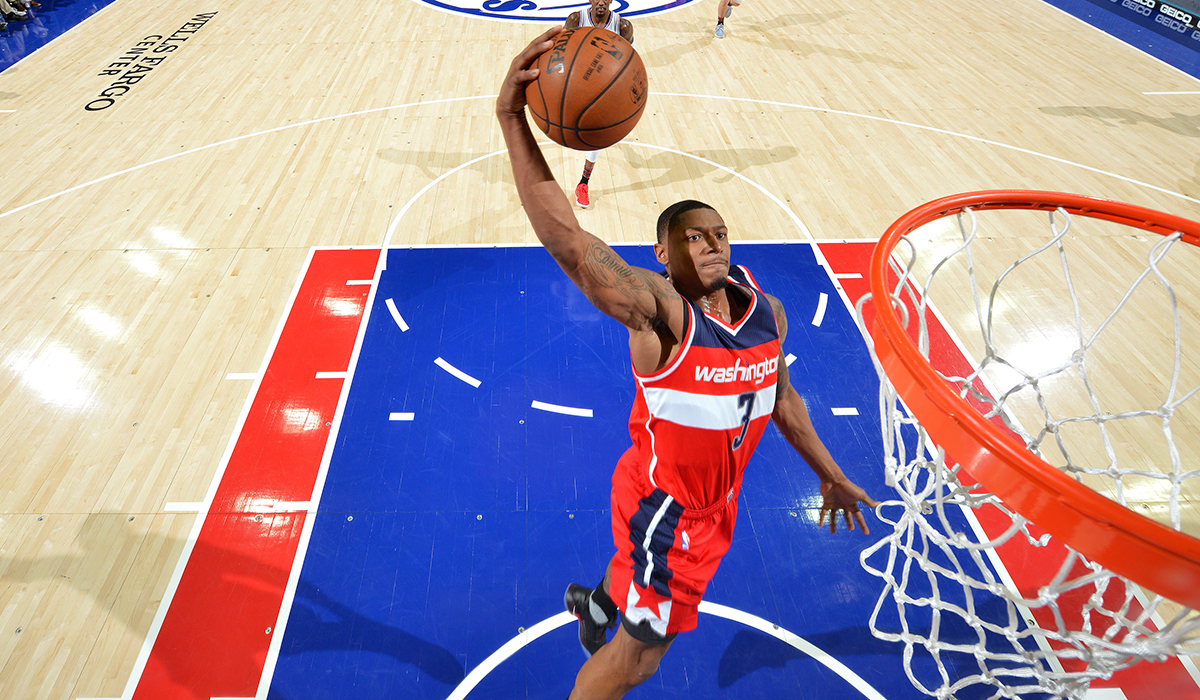 Bradley opened his monster night in Philadelphia with the first bucket of the game on a driving layup with 11:03 to go in the first quarter and never stopped scoring.

With 5:02 to go in the second, No. 3 hit his first 3-pointer of the night to cut the 76ers lead to 43-41. With 3:18 to go in the half, he hit a gorgeous step back jumper over Dario Saric followed by a steal and breakaway dunk to keep the Wizards within striking distance.

With 9:25 to go in the third, teammate John Wall delivered a perfect lob to Brad on a back-door cut. Seven minutes later, Bradley drove past TJ McConnell for an and-one layup to increase his scoring output to 30 on the night. With 40 seconds left in the quarter, Beal rebounded a Philadelphia miss and dribbled up to the top of the arc for a transition three over Sergio Rodriguez.

Brad kept scoring in the paint most of the game, but the Wizards ultimately fell to the 76ers 120-112.

This marked BB’s third 40-point game this season, and his second in the last six contests.

Back home against Utah, Bradley was held scoreless in the first half and finally connected on a 3-pointer with 4:20 left in the third to get the Wizards’ within 20 points. Three minutes later, he fed newcomer Bojan Bogdanovic for a layup in transition.

In the fourth, Bradley assisted on an Ian Mahinmi and-one before also connecting with Tomas Satoransky to cut the Jazz lead to 12 with nine minutes to play. With 7:05 to go, he finished a beautiful reverse layup over the Jazz’s imposing center Rudy Gobert. With 3:15 on the game clock, Brad came off a screen from Marcin Gortat while receiving the ball from Wall and elevated for a 3-pointer over Joe Ingles to cut the Utah lead to 93-85.

Unfortunately, the Wizards couldn’t quite complete the comeback.

Bradley Beal was going up for that dunk and some fan under the basket screamed "you suck" , Brad flexed at him and said "and-1 brotha"

That's 4⃣️0⃣️-pt game No. 4 for Bradley Beal this season. pic.twitter.com/ow67CSkS36

Shoutout to @RealDealBeal23 for giving my niece his bracelet last night after the game! pic.twitter.com/zdXsdxvSbK

The Wizards will look to bounce back from consecutive losses to the 76ers and Jazz. It will be a tall task as their next game comes Tuesday, February 28 when they host DC area native Kevin Durant and the 50-9 Golden State Warriors.

Bradley looks forward to the test of matching up with the Warriors All-Star backcourt of Stephen Curry and Klay Thompson.

Tipoff in Washington is set for 7 p.m. ET.