We’re in the playoffs.

Yes, we’re the eighth seed. Yes, we have nobody to blame but ourselves for our positioning. At the end of the regular season, we were really sluggish.

But at the end of the day, we’re in the playoffs, and a seed is just a number.

Everybody’s out here to compete. We’re all starting from the same place. We’re granted the same opportunity that the team opposing us is granted.

We have to go out and play our game, and do whatever it takes to win.

Nobody ever wants to see their leader go down, but when we lost John Wall back in January, it forced other players have to step up in his absence. And as those players had success, it gave them a lot of confidence they didn’t have before.

For Tomas Satoransky, it gave him an opportunity to run the team, play point and get a real good feel for his own game. He evolved, and got comfortable being out there. That’s big for us. That’s something we’re going to need because if you don’t have a bench for the playoffs, you’re not going to succeed.

Not having John out there also gave Kelly Oubre a chance to grow and continue to blossom, which gave him some confidence. Same thing for Otto Porter. And it challenged me, too, to have to be the point guard at times and read the floor differently. 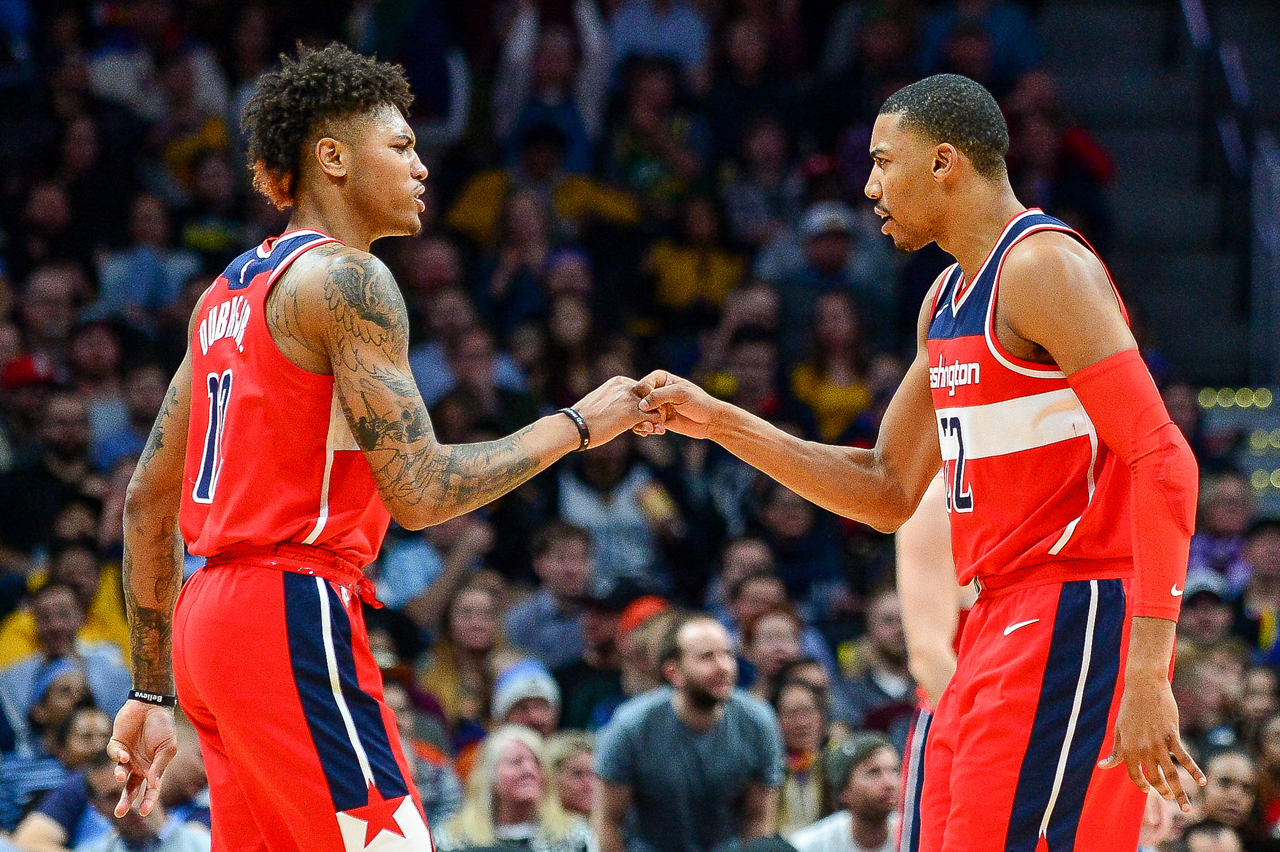 Kelly and Otto—like everyone else—stepped up their games without John.

In the end, not having John forced us into things that created depth for us at each position, and it’s going to be beneficial moving ahead. We have guys who’ve had success throughout the year. We haven’t been perfect, but I believe in the guys that we have, and what their capabilities are. We have so many lineups that Coach Brooks can throw out there—different sizes, different matchup problems that we can create. And we’re going to utilize them.

Best of all, we got John back, and he’s playing well, which is a great sign.

Coming off his injury, he was confident. He went out there and led us, and played his game. It’s very encouraging to see him feeling good again.

It’s going be crazy in Toronto on Saturday. The atmosphere should be unbelievable. They’re the number one seed, and their fans are loud come playoff time.

With the playoffs, everything intensifies. You feel the magnitude of the games. Everyone knows what’s at stake. At first you’re nervous, but once you run up and down the court a few times, the jitters go away. Then it’s just a full out, competitive brawl, and you’re locked in. 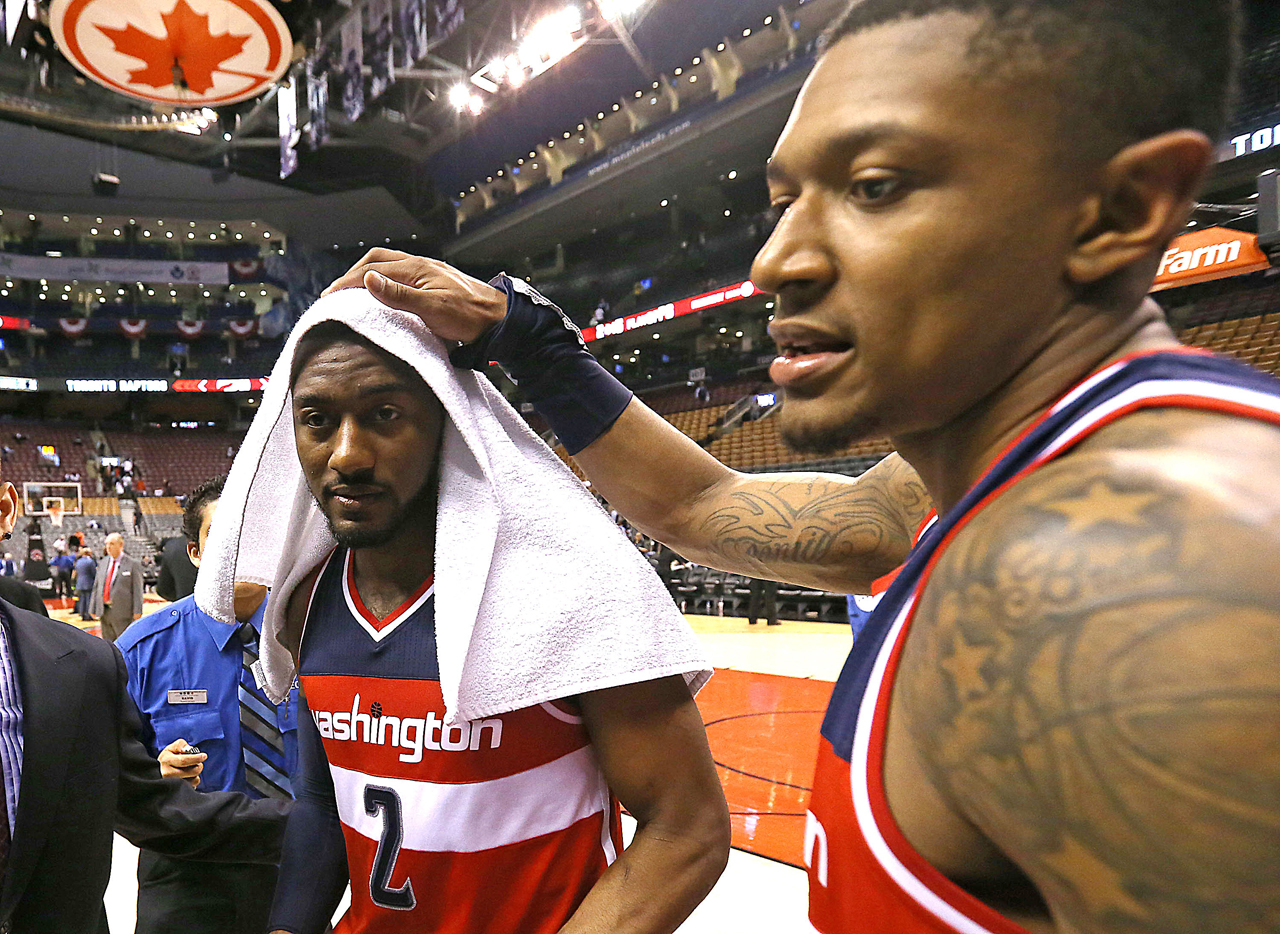 John has looked great since coming back. It’s very encouraging to see him feeling healthy again.

To me, it’s no surprise that Toronto wound up with the number one seed. The Raptors have been playing well since the All-Star break, just meshing as a team. They’ve got the number one bench in the league, scoring 50-plus points a game. That’s definitely a challenge for us.

They’ve also got two All-Stars in DeMar DeRozan and Kyle Lowry who can really fill up a stat sheet, and are dangerous threats on the offensive end. We’ve got to contain them as much as possible, and put as much pressure as we can on everybody else to get stops.

For me, getting to match up against DeMar is awesome. We push and challenge each other every time we step onto the floor. There’s a mutual respect that we have, and there’s a mutual competitiveness that we both have as well. It’s going to be exciting. We’ve played each other in the playoffs before. The last time was competitive between me and DeMar, and John and Kyle. I expect the same kind of thing this time around.

We’re four All-Stars, guys who are going to compete.

For our team, I see Otto, Markieff Morris and Kelly as the X-factors in the series. Keef and his matchup with Serge Ibaka is going to be very important, and I feel Keef can definitely win it. Better yet, Keef accepts the challenge. He’s going to go at him on the offensive end and the defensive end, which is something I love about Keef. No matter who he’s playing against, he’s going to give it his all and compete at a high level. I’m excited to see that. 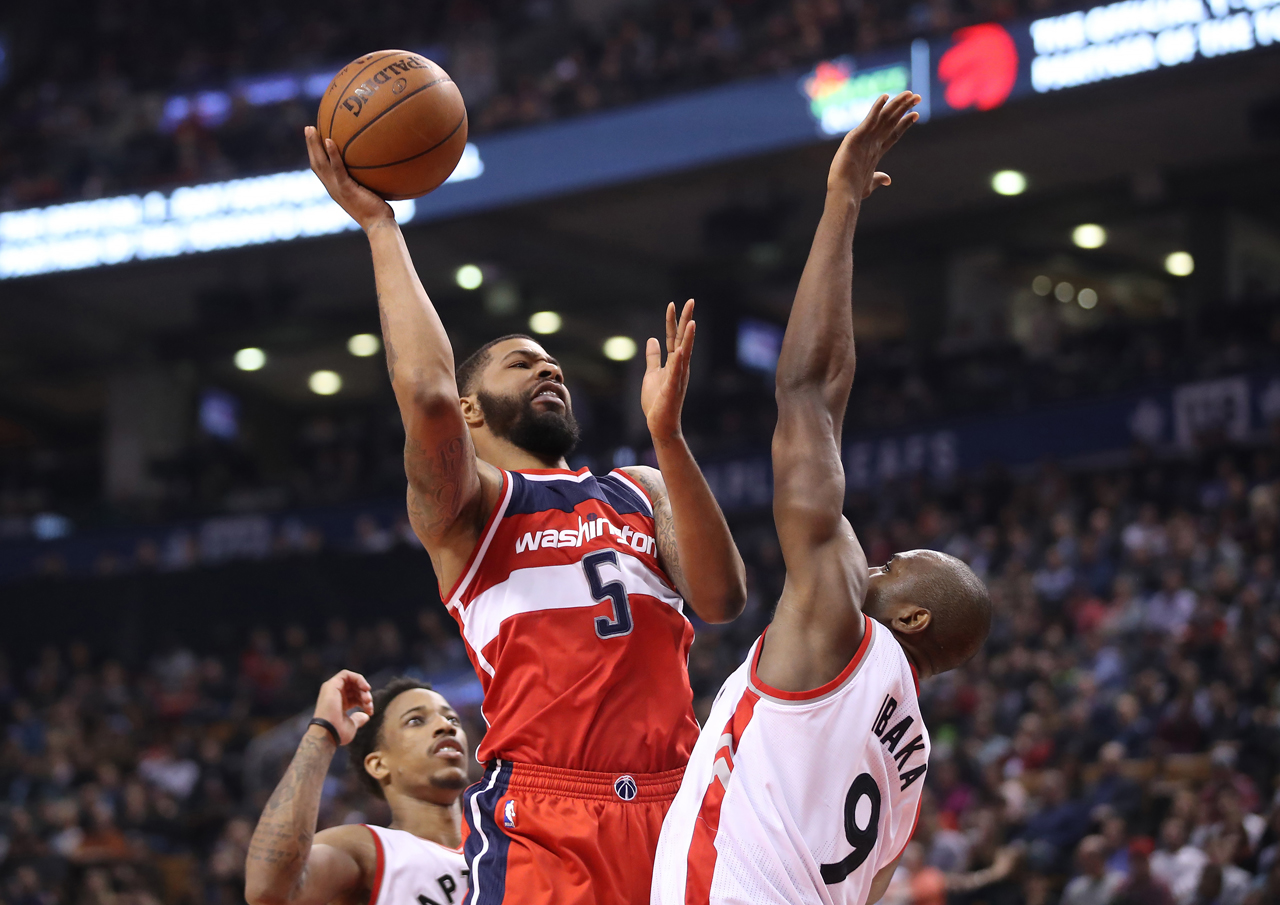 Keef versus Ibaka is the kind of matchup the playoffs are all about.

I’m excited to see Otto because he’s going to face off against DeMar as well. It’s going to be a challenge for him, same as me. Same goes for Kelly, too. All of us need make sure we’re doing what we need to do at the offensive end—putting the ball in the basket—and then do a great job of getting stops, too.

Everybody on our team, more or less, has playoff experience now, and that’s one of the reasons we’ve got high expectations of ourselves. We’re coming in with knowledge, especially for how to deal with adverse situations. We also know how to deal with success, knowing that we can’t get too high or too low. We’ve got to stay even keel, but be aggressive.

To win this series, we have to be the aggressors from start to finish on both ends of the floor. We need to put nonstop pressure on Toronto defensively, and force them into a lot of contested shots. We need to get rebounds and keep them off the offensive glass as much as possible. We need to limit our turnovers, and make sure we’re moving the ball.

And then we need to run against them, because that’s our game. When we get stops and get out on the break, we’re one of the best teams at scoring in transition.

We’re excited by the opportunity we have in front of us. Toronto is a tough opponent, but so are we. This is going to be must-see first round playoff basketball.

As the playoffs get underway, I want to say this to our fans: You have been unbelievable all year, and your loyalty—I can’t tell you how much we appreciate it. 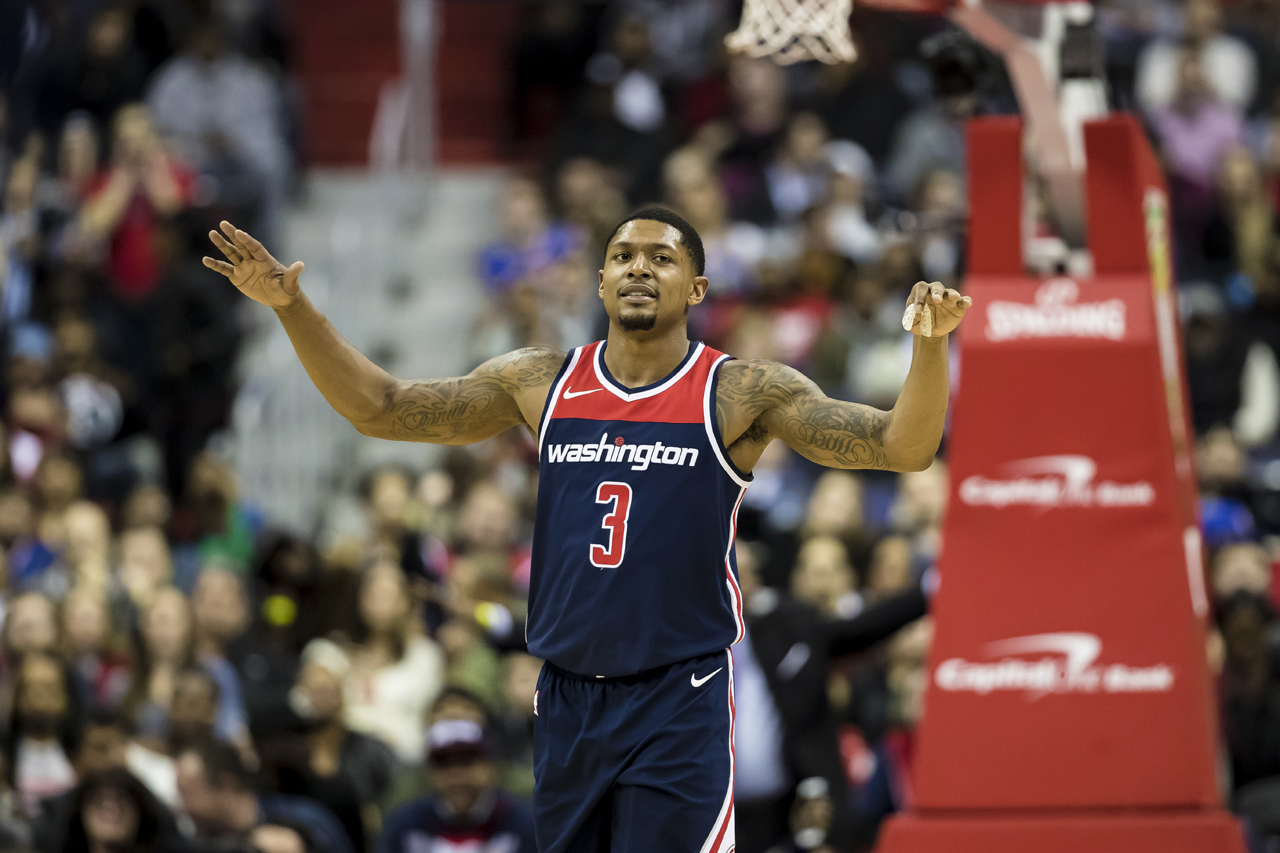 We are so grateful to our fans for supporting us through the ups and downs of this season.

You’ve been riding with us through this roller coaster of a season we’ve been having, and we don’t take that for granted. Now that we’re finally in the postseason, we’re going to need you for every game, and for all those home games for sure, rooting us on, making sure we have The Vault locked down and ready to go.

Thank you for always being there for us, and get ready to kick it up a thousand for the playoffs.