Bradley Beal sparked a fourth quarter comeback against the Orlando Magic on Friday night to claim a 95-91 victory on the road. The Wizards led throughout most of the contest but needed 11 consecutive points from Beal late in the fourth to retake and secure the lead. The Wizards secured the victory after Beal found Jeff Green for the game-winning basket. 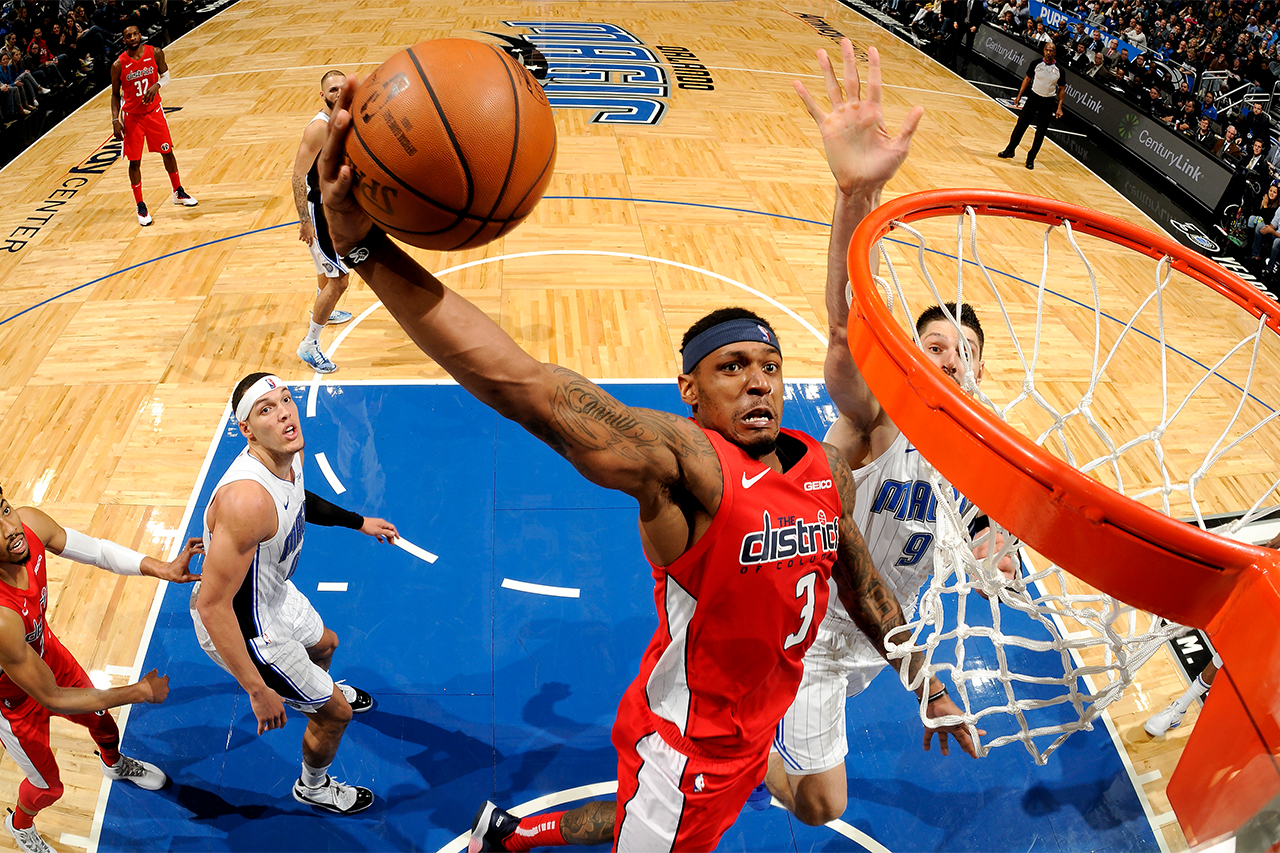 The Panda scored 27 points on 10-for-17 FG shooting (5-7 3PT), adding six rebounds and seven assists. Beal began the first with 10 points on 4-for-7 shooting (2-3 3PT), four rebounds and two assists. In the final two minutes of the first, Beal scored five points including a three-point jumper with 12 seconds remaining, giving Washington a 24-21 heading into the second.

He sat out most of the second quarter, only playing the final 4:53. However, the Wizards extended their lead heading into halftime, to 50-38, thanks to Jeff Green who scored 12 points in the quarter. Green finished the game with 24 points on 9-for-16 shooting including 6-for-9 from the three-point line. He and Beal combined for more than half of Washington’s point total.

“Every night it’s going to be something new, that’s the beauty of it. Our schemes work, our game plans work. The way we move the ball and move bodies, everybody’s going to get shots, everybody’s going to have opportunities,” Beal said. “Everybody, every now and then, is going to have a night like Jeff. When that happens you just keep feeding him, running stuff to him and just keep running offense. We did nothing out of the ordinary. We force fed him, but it was within the offense.”

The Wizards led by as many as 18 with 4:23 remaining in the third but the Magic finished the quarter on a 14-to-2 run, cutting Washington’s lead 75-69 heading into the final quarter.

“We were a lot more aggressive in the first half, attacking and pushing the ball,” Beal said. “In the second half we let that die down. We weren’t getting stops and then we weren’t pushing the ball, which is why they got back into the game.”

Beal began the fourth quarter on the sidelines, but after checking back into the game, he made his presence felt by scoring eleven consecutive points for Washington in a variety of ways, including a driving layup, a 15-foot jumper, a 26-foot three pointer, a pair of free throws and a thunderous dunk over Magic center Nikola Vučević. He finished his performance by finding Jeff Green for a game-winning layup.

“Definitely a gut check win for us,” Beal said. “We were up 15, 20 at one point and let that dwindle away. But I loved how we were able to keep our poise and close it out at the end. In the fourth I wanted to continue to put the pressure on them. My first instinct is always pushing in transition first. If they back off of the three, I’m shooting it. Or if they mess up and I have a lane, I’m going to take it, especially in the fourth.”

The Wizards fell to the Spurs on Sunday, but they will look to rebound and cap off their three-game road trip on a high note against the Cleveland Cavaliers. Tip-off is set for 7:00 p.m. ET.