Panda Drops 34 in Win Over Nets

Bradley Beal scored a game-high 34 points to lead the Washington Wizards (17-31) to a 113-107 win over the Brooklyn Nets (21-27) on Saturday night at Capital One Arena. The game was Beal’s sixth straight with at least 34 points, making him the first Wizards player since Bernard King in 1990 to score 30-plus points in six consecutive outings. 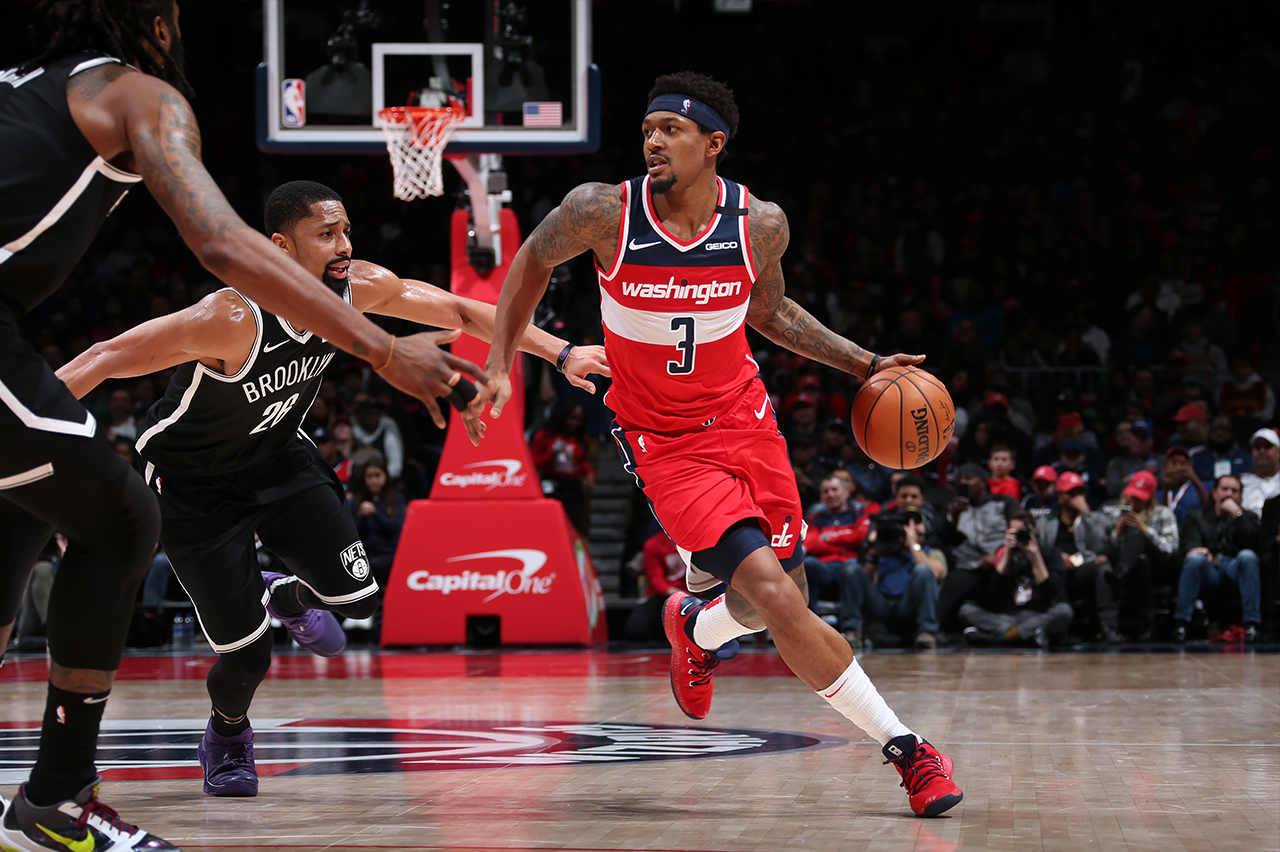 Obviously, Beal’s offensive output played a big part in the win, but the team’s defensive intensity throughout the night stood out to head coach Scott Brooks as well.

“We made plays,” Brooks said. “We were aggressive on both ends. I thought the guys challenged a lot of shots and put four hands on the basketball on our pick-and-roll coverage. We were flying out. They hit some threes but we didn’t put our head down when they made them. We kept challenging them. They missed enough down the stretch and we made a couple plays, and that was the game.”

For the Panda, what was particularly impressive was his offensive success during the final seven minutes of the contest. Beal tallied 15 of his 34 points in that span, including a dunk that sparked an 11-2 run to tie the game with just over five minutes left. Brooklyn countered and retook the lead, but Beal hit a three with just over three minutes left in the game, which started a 10-1 Washington run to close out the game.

In what has become his hottest stretch of the season, BB found ways to contribute on both sides of the ball against Brooklyn.

Beal went 10-of-15 from the free throw line, joining James Harden and Allen Iverson as the only players since 1998 to attempt 15-plus free throws in four consecutive games. Despite Beal’s continued output on offense, it was Washington’s commitment to defense that allowed the Wiz to bring home the win.

Saturday’s victory over the Nets marks a continuation of the Wizards’ recent success at home. The team is 6-1 at Capital One Arena, including three straight wins since January 4, and they hold the third best home winning percentage in the league in that time. Overall, the Wizards are now 7-7 in their last 14 games.

Although No. 3 was the catalyst behind Washington’s most recent victory, he wasn’t the only reason the Wiz came out on top. Gary Payton II drew the early assignment against Kyrie Irving, who was coming off of a 54-point performance against the Bulls on Friday. On the first two possessions of the night, Payton II got physical with Irving and forced the All-NBA guard into a pair of turnovers. Irving was held scoreless until the 5:29 mark of the second quarter. Irving was limited to just 26 points in the loss before exiting with a knee injury.

To go along with Bradley’s strong night, Isaiah Thomas, Davis Bertans, Thomas Bryant, and Ish Smith all contributed 11 or more points of their own.