Bradley Beal and the Washington Wizards fell to the Minnesota Timberwolves on Monday night to end a five-game winning streak. 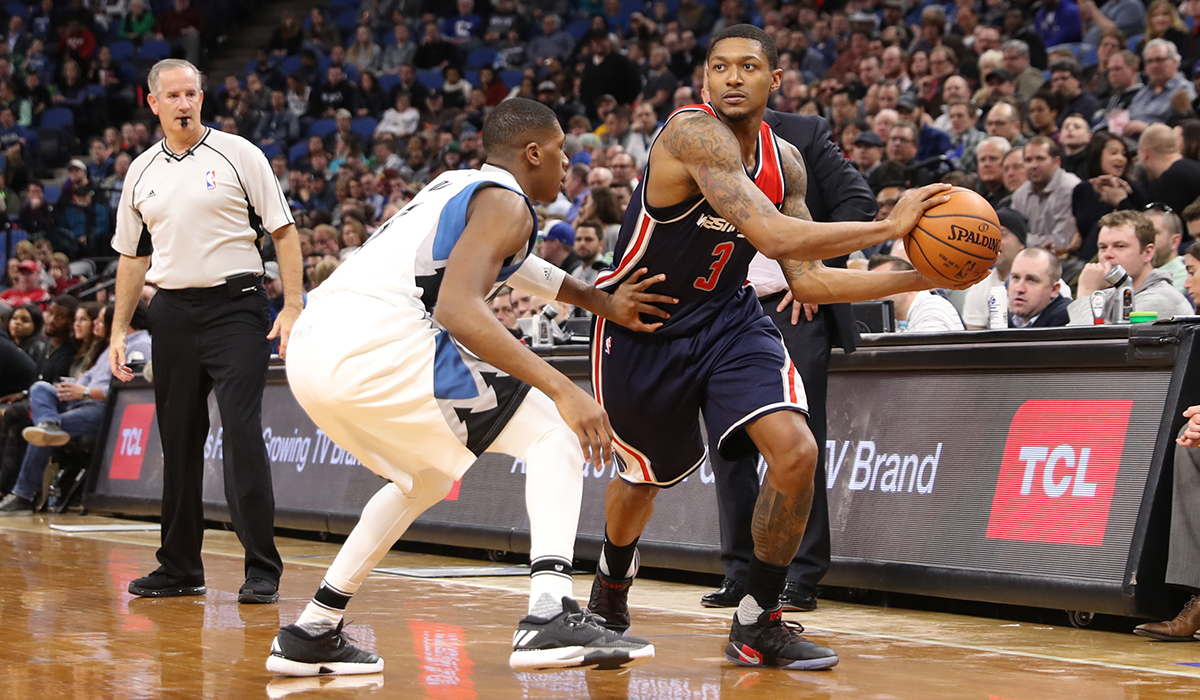 Brad started the game by dishing a gorgeous bounce pass to Marcin Gortat for the one-handed flush, but not much else went right for the Wizards in the period as they gave up 41 first quarter points to the Timberwolves.

With 4:45 left in the first half, No. 3 grabbed a defensive rebound and tossed an outlet pass to John Wall on the right side before being rewarded with the ball back in transition as he hit a trey to bring the Wizards within single digits. With seven seconds to play in the half, BB took the inbound pass coast-to-coast for a layup before halftime to go into the break down only eight points.

In the third, the University of Florida product took Brandon Rush off the dribble and finished a layup slicing through the defense.

Brad later whipped a left-handed pass to Otto Porter Jr. for a jumper and converted a four-point play on a trey while getting fouled by Minnesota rookie Kris Dunn. He later hit a corner trey to bring the Wizards within nine again, but Minnesota would not be denied in front of its home crowd.

After the game, John Wall won Eastern Conference player of the week honors but said he and No. 3 should’ve been honored together.

“I feel like, to be honest, I’m glad I won the award but I feel like it should’ve been ‘co-Eastern Conference player of the week,'” Wall said. “I feel like Brad should’ve been Eastern Conference player of the week with me, the way he’s been playing and averaging almost 29 points, shooting 50 [percent] from the field and 50 [percent] from the three. Without him, we wouldn’t have won a lot of games this week and he plays the same way I did.”

Still confused how Carmelo made the all star team over Bradley Beal.

Bradley will try to help the Wizards beat the Mavericks for the first time this season as they could not slow down Harrison Barnes when the teams met in Dallas.

The Mavericks are coming off back to back losses and will look to pick up a win against the Wizards as they try to claw their way into the eighth seed out West.