Bradley Beal played well, but the Washington Wizards couldn’t hold off a frantic fourth-quarter rally by the visiting Dallas Mavericks on Wednesday night.

Brad recorded 24 points five assists and two rebounds over 38 minutes of play, but the Wizards were outscored 39-27 in the final period, falling 112-107.

“We were playing well up until the third and fourth quarter and they got hot and it only takes a couple for Dirk to get hot,” Brad said. “We’re still not gonna panic, that’s one thing that won’t happen, but we’re gonna get better, we’re gonna get back to playing our style of defense and the way we know we’re capable of doing.” 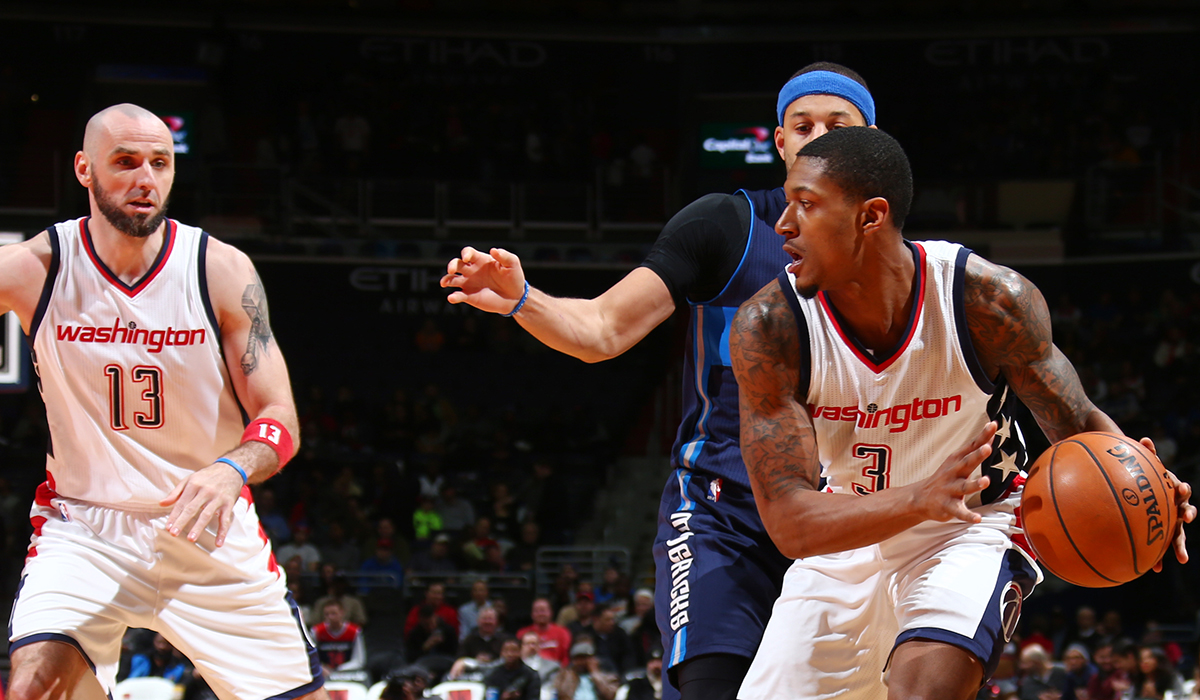 Two and a half minutes into the game, Brad took a swing pass from John Wall and connected on a trey before returning the favor for a Wall trey. Up four later in the quarter, BB drove baseline and slammed down a two-handed, double-pump flush to extend the lead. He continued his strong opening quarter with another trey in the right corner, helping his team out to a 39-32 lead after one.

In the second, the Florida Gator drained a jumper off an inbound pass and connected on a third triple from Wall as the Wizards took a four-point lead into the break.

In the third, Bradley dished out a few assists and Washington extended their advantage to seven going into the final frame.

However, fighting for their playoff lives, the Mavericks stormed back in the fourth. With the game tied back up a few minutes into the final frame, No. 3 hit another trey from the top of the key. However, Dallas kept attacking. The Mavericks later took their first lead of the game on a Dirk Nowitzki jumper with 7:28 remaining and used a monster 39-point quarter to swipe a victory at the Verizon Center.

Bradley Beal with 17 Pts at the half. He's averaging 27.5 PPG since the All-Star break (entering tonight), after averaging 22.2 PPG before

D.C. will stay at home and next face the Chicago Bulls on Friday, March 17.

Winners of two of three meetings this season, Bradley and the Wizards will look to take the season series from the Bulls. With John Wall questionable to play on Friday with a sprained left foot, Brad could have to shoulder a larger load than usual with his running mate out of commission.

The Bulls are coming off the news that star shooting guard Dwyane Wade is out for the rest of the season with an elbow fracture. Look for the Wizards to get back on track against a hobbled Bulls team trying to make a late push for the postseason.