Bradley Beal and the Washington Wizards tipped off their preseason slate on Monday against the New York Knicks, and the two teams needed extra time to determine a winner.

Unfortunately, it was New York that emerged victoriously, 124-121 in overtime. But for the Wizards the most important thing to come from the exhibition opener was seizing their first opportunity to test their chemistry and cohesion, with a number of new additions, while finally getting the chance to face a new opponent after weeks of going up against one another. 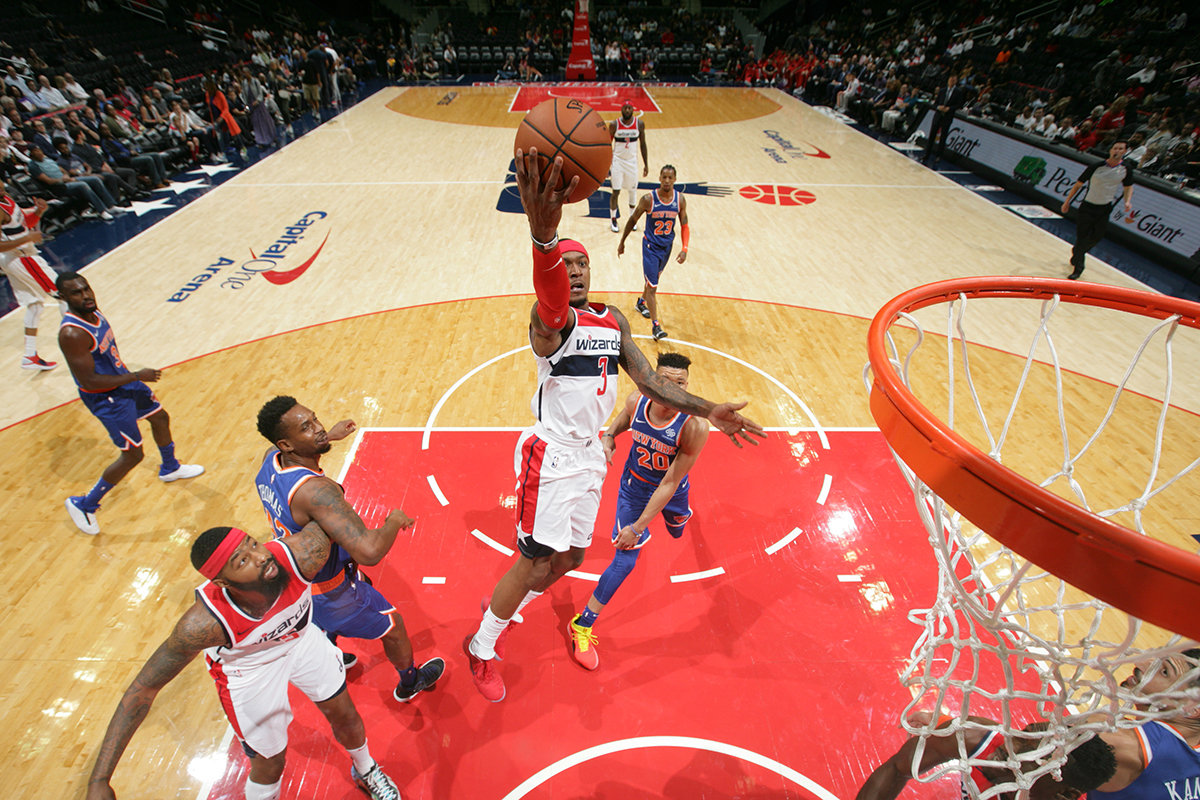 As veterans often do, BB logged limited minutes in the preseason opener, taking the court for just 22 of the 53 minutes the two teams played at Capital One Arena. But in that time, The Panda tallied 11 points to go along with three rebounds and a pair of assists.

Kelly Oubre Jr. led the Wiz across the scoring column with 15 points while Otto Porter Jr. tallied 13. The two young forwards also combined for 14 rebounds, as they look to continue building on their game from a season ago.

Although the team’s big new addition Dwight Howard did not see the court, as he recovers from a back injury, newcomers Austin Rivers, Jeff Green and Troy Brown Jr. made their first appearances for the Wizards against the Knicks. Green led the way for the trio with eight points, while Rivers added seven and the rookie Brown tallied four.

While it may take some time to adjust to playing with their new teammates, they are confident that they will fit in nicely with Brad, John Wall and the rest of the lineup.

“I think I’m going to fit with John and Brad very well,” Rivers said. “So I’m excited playing with (Wall) and Otto (Porter) and (Markieff Morris) in that small lineup. That’s going to be a lineup that all five guys can put it on the floor and score. I don’t think there’s any way people can guard that.” 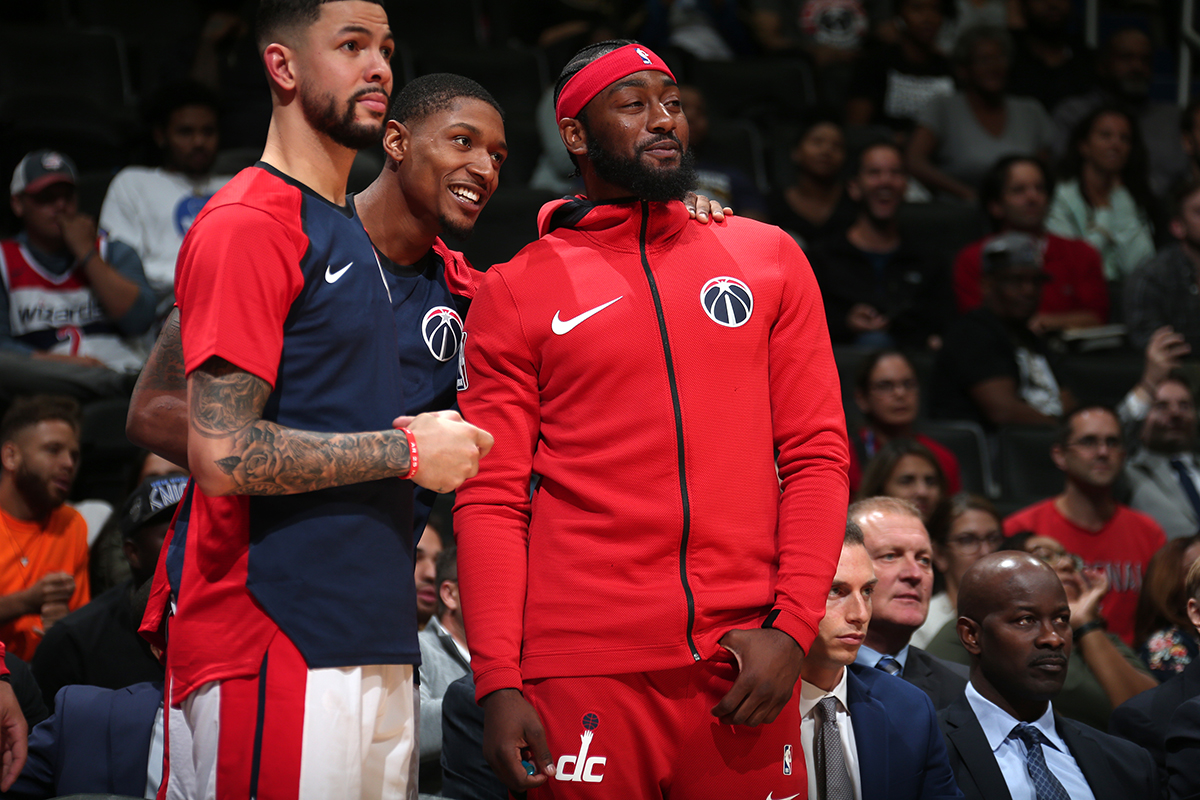 Rivers’ ability to drive and kick could be very beneficial for the Wizards offense, which features some potent three-point shooters, led of course by No. 3. Adding that element Rivers brings to the offense will seemingly create more space for open jumpers for Brad, Wall, Oubre and Porter throughout the season.

He utilized his starters sparingly on Monday, but the identity of the team remained true to what Head Coach Scott Brooks wants it to be. The Wizards fired 38 threes in the game, And although they only made eight of them, the Wiz did outscore the Knicks in the paint 60-40.

“We got a lot of good looks, a lot of good open threes,” Brooks said. “One of the things we’ve talked about, we’ve stressed a lot is taking more threes. We took 38. Maybe I forgot to mention we should make some more as we take them.” 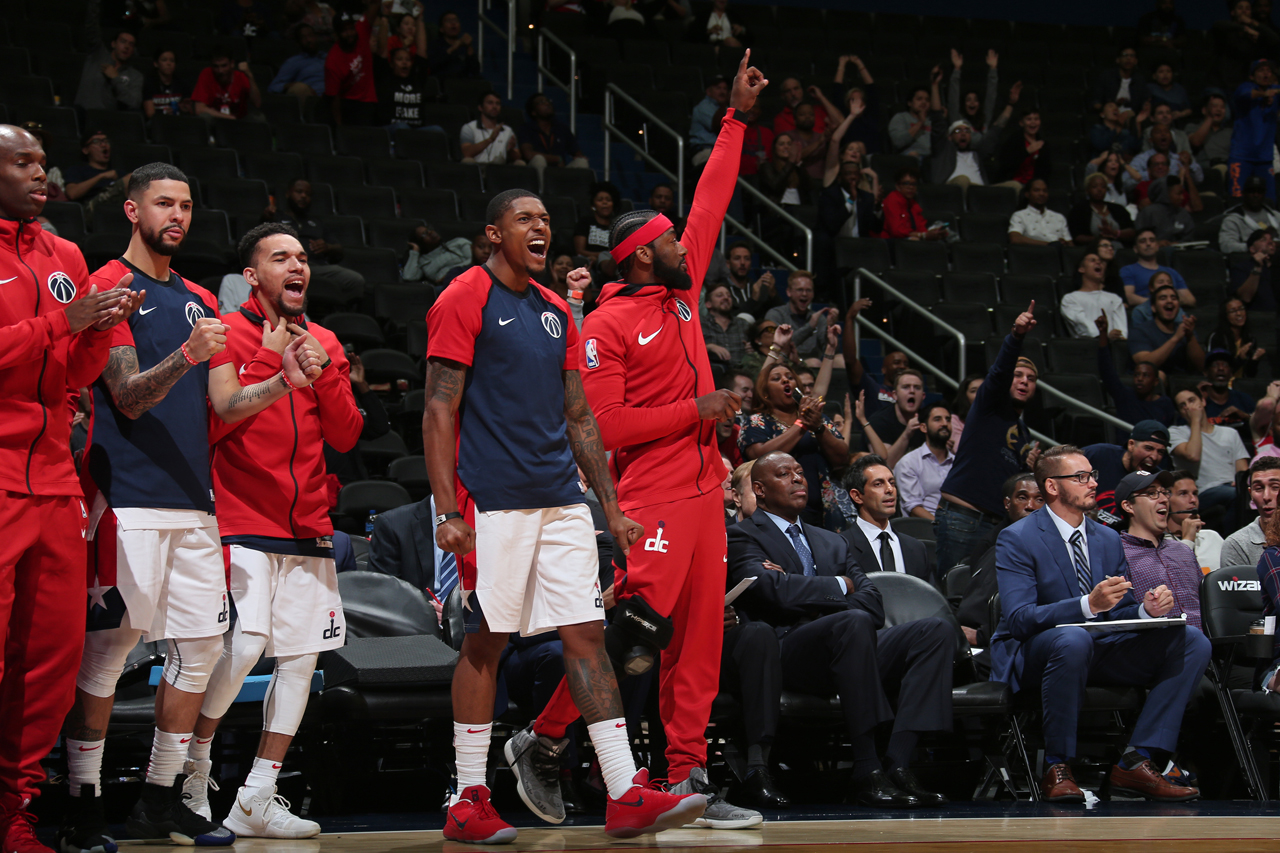 Despite an off-shooting night, the flow and rhythm of the offense produced high-quality looks for the Wizards, and if they continue to do that throughout the season, the shots will fall from their sharpshooters. And once Howard returns to action, the Wiz will have a legitimate rim protector on defense, which should re-shape their identity on that end of the floor.

Although their preseason opener ended in a loss, there is plenty to look forward to for the Wizards. Their new additions will need to use these exhibition contests to mesh with their new teammates, and when they do, this team has the capability to be a force in the Eastern Conference.