The 2018-19 season didn’t get off to the start that Bradley Beal and the Washington Wizards were seeking on Thursday night.

In what was a tightly contested game throughout, with neither team establishing an advantage of more than nine points, the Wizards couldn’t hold on to a lead entering the fourth frame and dropped their season opener to the Miami Heat, 113-112 at Capital One Arena.

Brad began his 2018-19 campaign with a 20-point evening, chipping in two assists, a rebound, and a steal, but it wasn’t enough to close out the Heat, but afterward, he lamented the way the team’s energy waned after they got out to the start they were hoping for.

“We started off great, with energy, and locked in,” he said afterward. “But as the game went along we kind of let that fade and they kind of were the aggressors.” 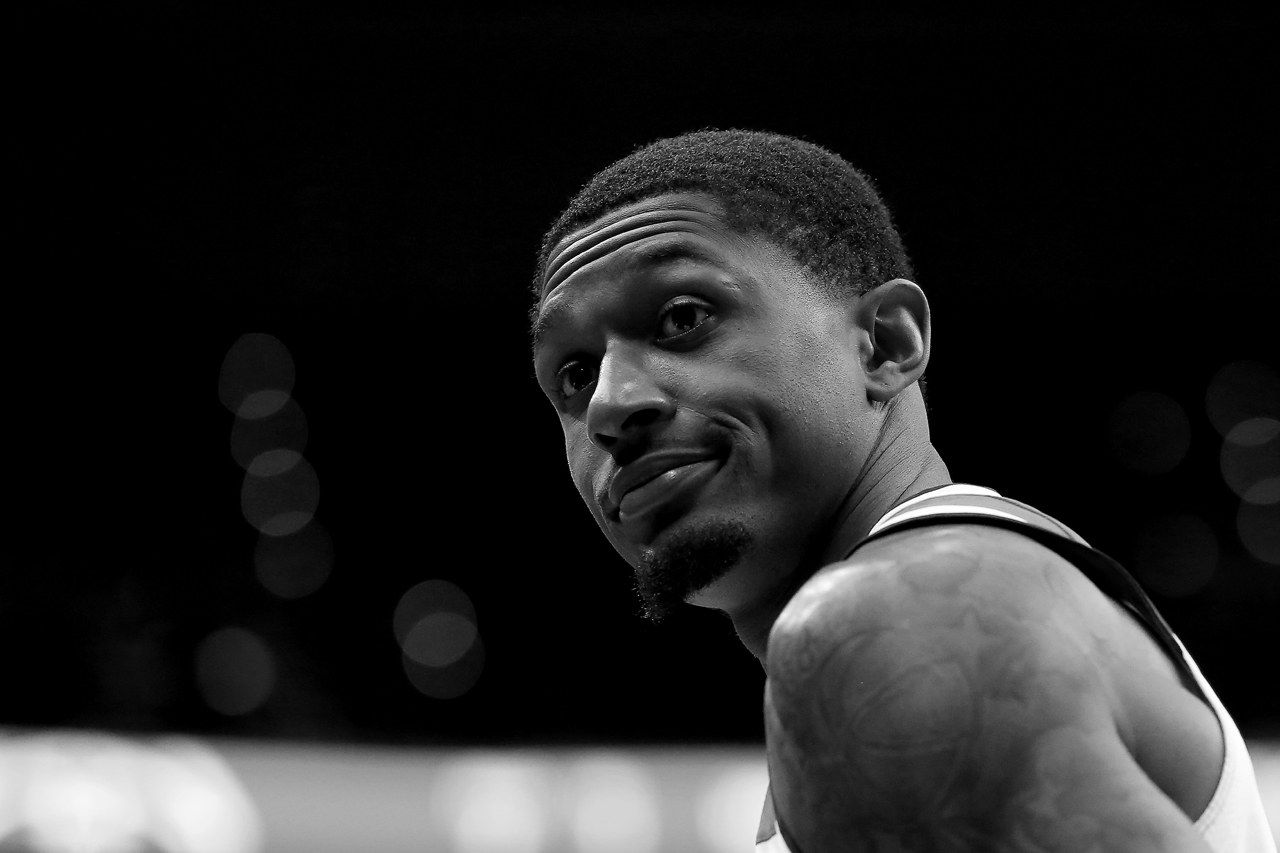 Indeed, it was the Wizards who came out strong, establishing a nine-point lead, the largest for either team all night, just over halfway through the first frame. BB had five of his 20 points in the opening quarter, but by the end of the frame, the Heat had come back to trail by just one.

The second quarter was even more of a stalemate and on a night when the teams were tied 19 times and saw the lead change hands on a whopping 21 occasions, nobody could push out to a lead of more than four points. Ultimately, it was Washington that seized the halftime advantage, with an 8-0 run toward the end of the quarter, but the margin ended up as just a single point yet again when Miami’s Josh Richardson drilled a three just before the break.

Early in the third frame, it was all Miami, as they pushed their own lead to eight, but the Wizards fought back and aided by 10 fourth-quarter points from The Panda, they held a four-point lead after three. However, the third frame also saw BB pick up a few tight foul calls that forced him to the bench early, putting a halt to his hot quarter, which could have given Washington a bigger cushion.

Afterward, Brad reflected on the foul trouble he dealt with all night.

Whistles doomed the Wizards all night and it went beyond Brad. The Washington frontcourt, already short-handed with offseason addition Dwight Howard missing the opener, saw Ian Mahinmi, Markieff Morris and Jason Smith get into foul trouble.

By halftime, Brad, Morris and Mahinmi all had three. Then Mahinmi picked up his fourth and Smith his third in the opening seconds of the third. Smith tacked on his fourth a minute later and by late in the third, all four men were playing with four fouls. 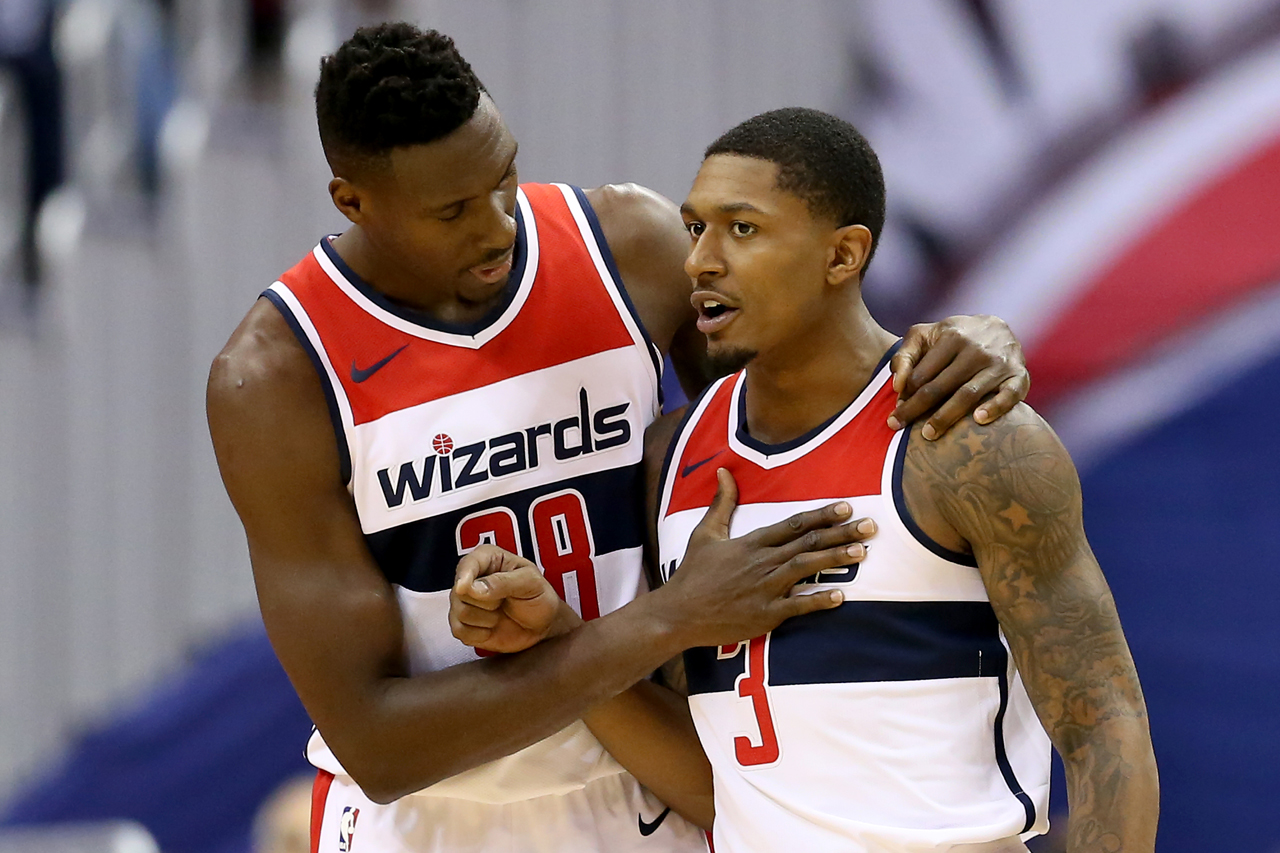 But the foul trouble wasn’t even Washington’s biggest issue according to No. 3. That problem came on the glass, where the Heat out-rebounded the Wiz 55-40. That included a 22-7 margin on the glass, allowing Miami to rack up second-chance points that ultimately more than made up the margin of victory.

“They ended up beating us up on the boards, which if we’re going to play small, which is something we want to do, and preach about, we have to rebound. Plain and simple. All five [of us]. Myself included,” Brad said. “They got a lot of second-chance points. We limited them to some tough shots, some tough contests, some weird, funky floaters, and jump shots that they missed. But they were able to get the rebound back. So we’ve got to rebound.”

The Wizards will have an opportunity to rebound in more ways than one on Saturday night when they play host the team that knocked them out of the postseason last spring, the Toronto Raptors. Toronto has a new-look after shipping Brad’s shooting guard counterpart for those matchups, Demar DeRozan to San Antonio over the summer. But the return was one another perennial All-Star, Kawhi Leonard. And if healthy, Leonard has the potential to take Toronto to new heights. But Washington has the opportunity to pull the rug out from under them early in the season this weekend.