Sunday was the 53rd time this season Beal registered a 20-plus point game, tying his career high set last year. 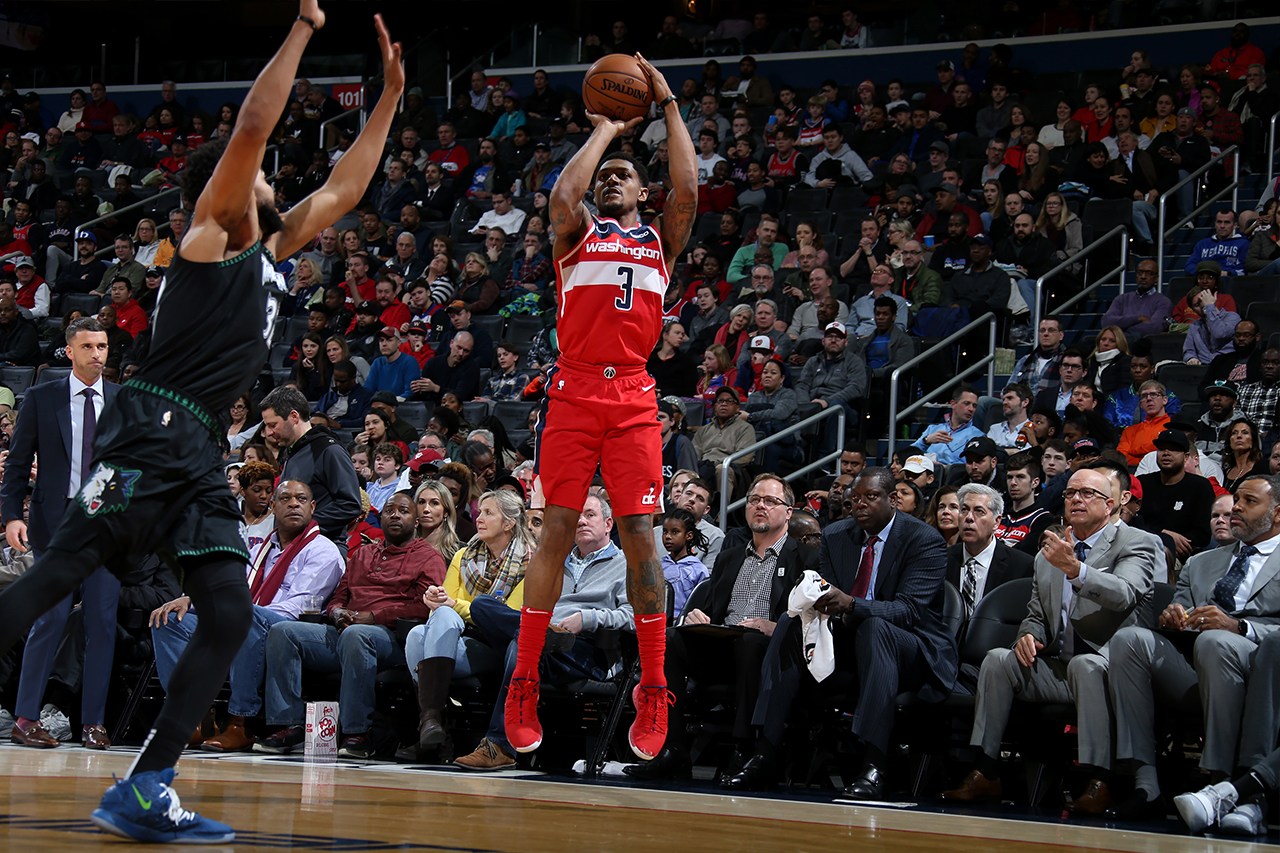 The Panda came into the contest averaging 35 points per game since the All-Star break, and his 22 points against the Wolves is his lowest scoring output since January 27th, though he still affected the game plenty by facilitating the offense and giving high effort on defense.

“I thought Brad, this (was) another opportunity for him to grow as a player,” coach Brooks said. “He didn’t shoot the ball well, but I think it was one of his best overall games because he guarded, especially in the second half, we changed some of the matchups and he did a great job of keeping their guards out of the paint and he was playmaking, a lot of assists to his teammates. When your shot doesn’t go you have to do other things.”

As a result, the Wizards finished the game with seven players scoring double figures, led by Bobby Portis’ 26 points and 12 rebounds. The rest of the starting five also hit double figures, while Jabari Parker scored 22 points off the bench and Sam Dekker finished with 11 points of his own.

Beal found himself doubled team throughout the night and wasn’t as aggressive as usual, opting to find open teammates for better shots instead.

“When they put two on the ball with Brad, Brad has improved in that area of his game. Getting the ball out quickly and finding open players,” Brooks said. “Bobby (Portis) is a good spacer and a good filler behind the screen. He can roll, and he has a nice floater. That’s his shot, and it fell tonight.”

Washington and Minnesota exchanged baskets throughout the first half as neither team fell behind by more than six points. The Wizards trailed only by two heading into the break thanks to a reverse layup by Bradley Beal with 5.1 seconds remaining. 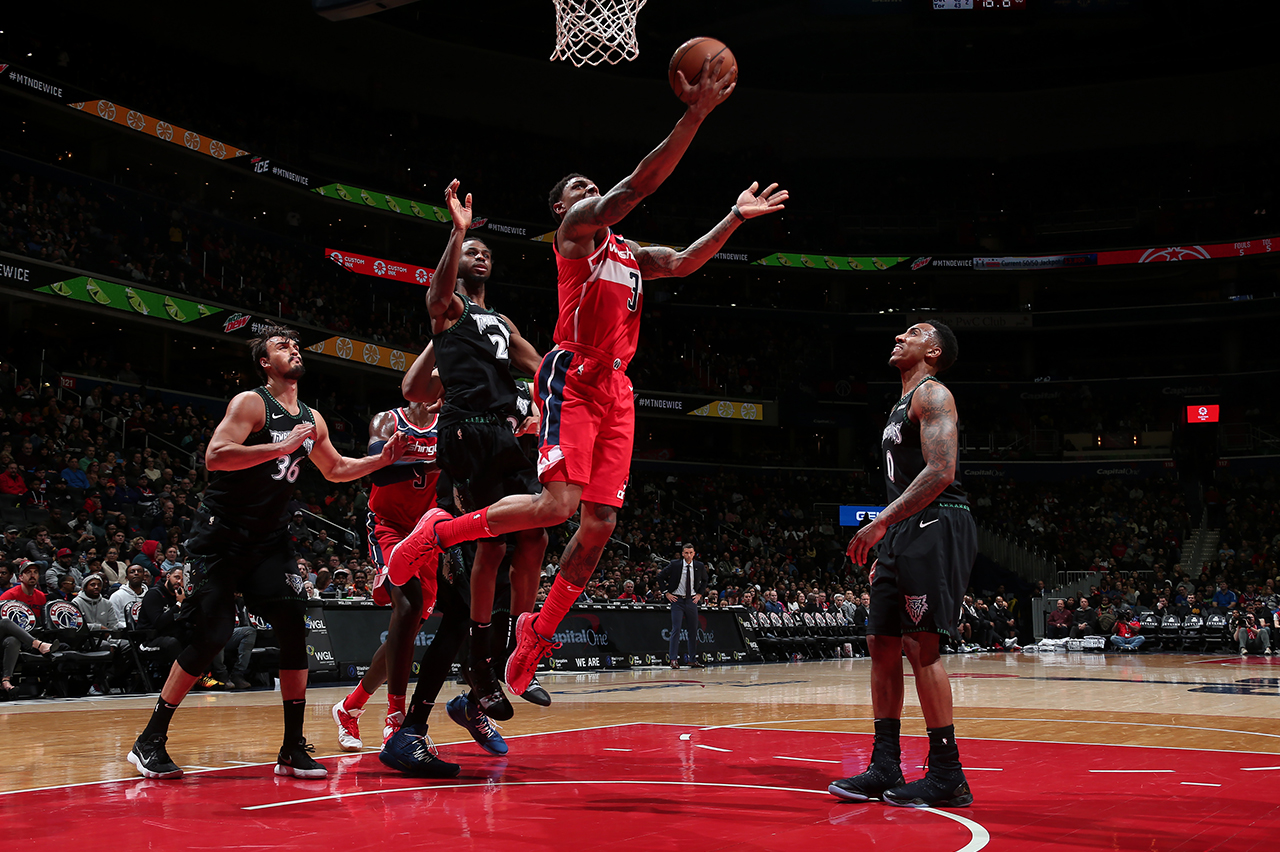 The two-time All-Star began the game shooting 4-for-6 from the field and scoring 17 points on 6-for-13 shooting through two quarters.

But in the second half Beal struggled shooting the ball, scoring just five points on 1-for-6 shooting. However, the Wizards outscored the Timberwolves 73-57 after the break.

Washington’s second unit scored 56 of the team’s 73 second half points. Beal meanwhile registered six of his eight assists in the final 24 minutes of the game, finishing with a game high plus-minus of +24 even though he didn’t hit his season scoring average.

With the win, the Wizards remain 11th in the Eastern Conference standings, but just three games behind the eighth-seeded Orlando Magic, with 19 games remaining in the regular season.

Washington looks to continue making ground on the playoff picture Wednesday when they host the Dallas Mavericks. Tip-off is scheduled for 7 p.m. ET and can be seen on NBC Sports Washington.