Bradley Beal and the Washington Wizards dropped a tough 117-104 at the Denver Nuggets on Tuesday night, but ultimately rebounded on Thanksgiving Eve with a dominant 140-132 road win over the Phoenix Suns.

In Denver, shooting woes proved to be too much to overcome for the Wiz despite a valiant effort.

“We’ve been playing great basketball,” Wizards head coach Scott Brooks said. “We haven’t won a lot of the games, but we’re in every game. No matter who we’re playing, we have to do a better job at taking away the paint. If we give up 70 points (in the paint) every night in this trip, it’s going to be a tough trip for us. The good thing about it is we can bounce back tomorrow, regroup, try to get better in our film session tomorrow morning and come back and play much better tomorrow night.”

Jordan McRae led six Wizards scoring in double figures, tallying a season-high 21 points on 9-16 from the field and 3-5 from three-point range. Beal scored 14 points, registered six assists and has now dished out five-plus assists in nine of his last 10 games. 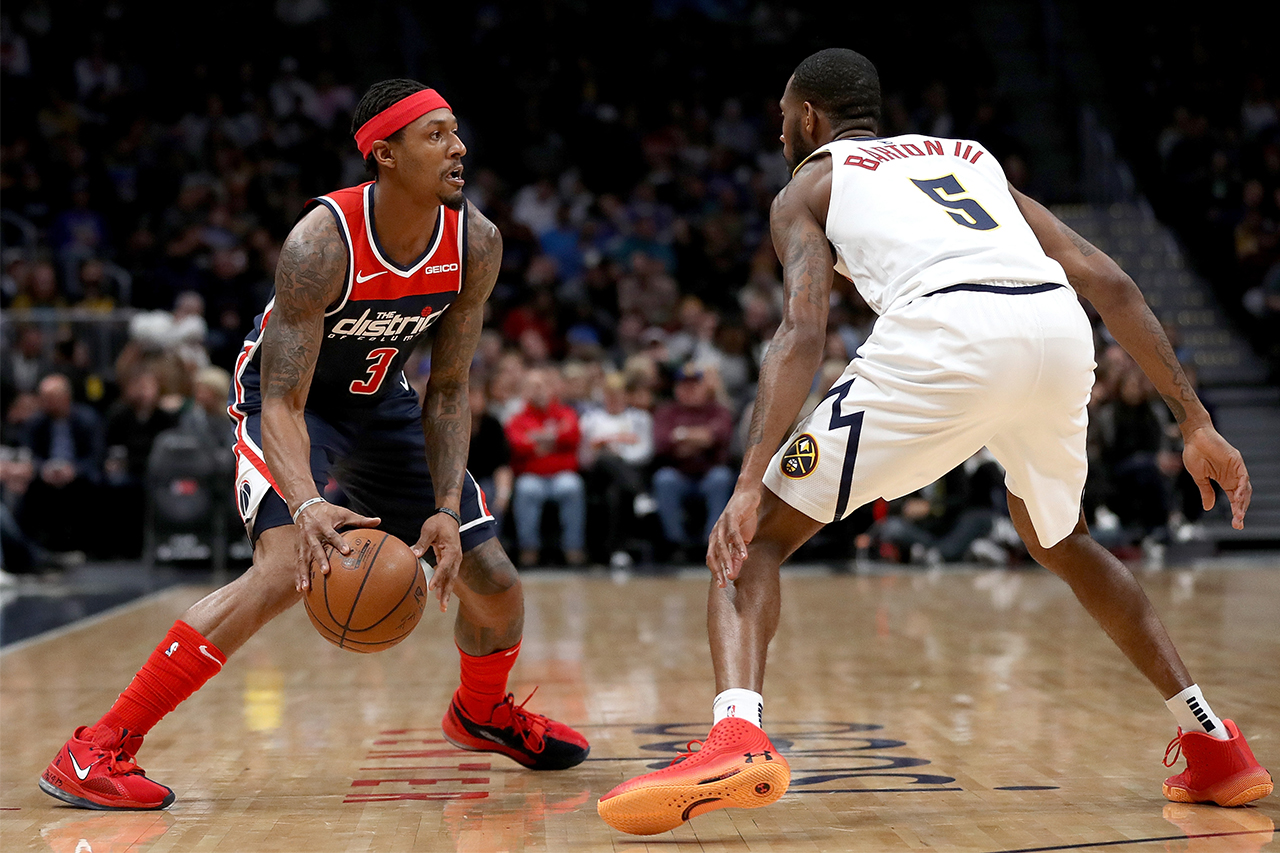 Almost as if Brooks spoke Wednesday’s bounce-back performance into existence, the Wizards came charging out of the gates against the Phoenix Suns. No. 3 redeemed himself against Phoenix in what was an offensive shootout with the Suns and their star guard Devin Booker. Bradley recorded 35 points on 11-of-18 shooting (including 4-of-6 from deep), with six assists and two boards in the victory – a stat line more consistent with what fans in The District have become accustomed to seeing from their star.

On the year, Bradley averages near 29 points, four boards and seven assists per contest. Statistically, Beal ranks top-five in the NBA in scoring and has now topped 30 points in nine games, tied for the third-most in the league.

Bradley wasn’t the only one to show up in the second night of the back-to-back. The Washington bench was stellar yet again as it has been often throughout the early portion of the season.

The game was very much a back-and-forth affair all night. With the game tied at 42 apiece with 10 minutes left in the second quarter, the teams combined to score on six consecutive possessions before the Wizards created the first bit of distance the game had seen to that point. A 21-9 Washington run, sparked by a pair of threes from Beal and Smith, gave the Wizards their first double digit lead of the game, 63-53, with just over five minutes left in the half.

The Suns put together another offensive run of their own late, but it wasn’t enough. And, for Bryant, his 23 points were a season-high. He also notched nine rebounds and five assists in the effort.

With the win, the Wizards have now won four straight games in Phoenix.

The Wiz will be back in action Friday when they head to Los Angeles for a showdown with LeBron James and the Los Angeles Lakers (16-2).  Tip-off is at 10:30 p.m. ET. From there, Washington will battle the Clippers (14-5) on Sunday after a day off on Saturday. That game is also set for 10:30 p.m. ET.