The Washington Wizards defeated the Atlanta Hawks 118-112 on Friday night at Capital One Arena, snapping their two-game skid. The win comes behind Bradley Beal’s 18th 35-point performance of the season.

Beal led six Wizards scoring in double figures in a critical victory for the Wizards as they come down the final stretch of the regular season. Beal, who has now scored 25-plus points in 21 straight games, averaged 37.5 points per game in his two matchups with Atlanta this season. 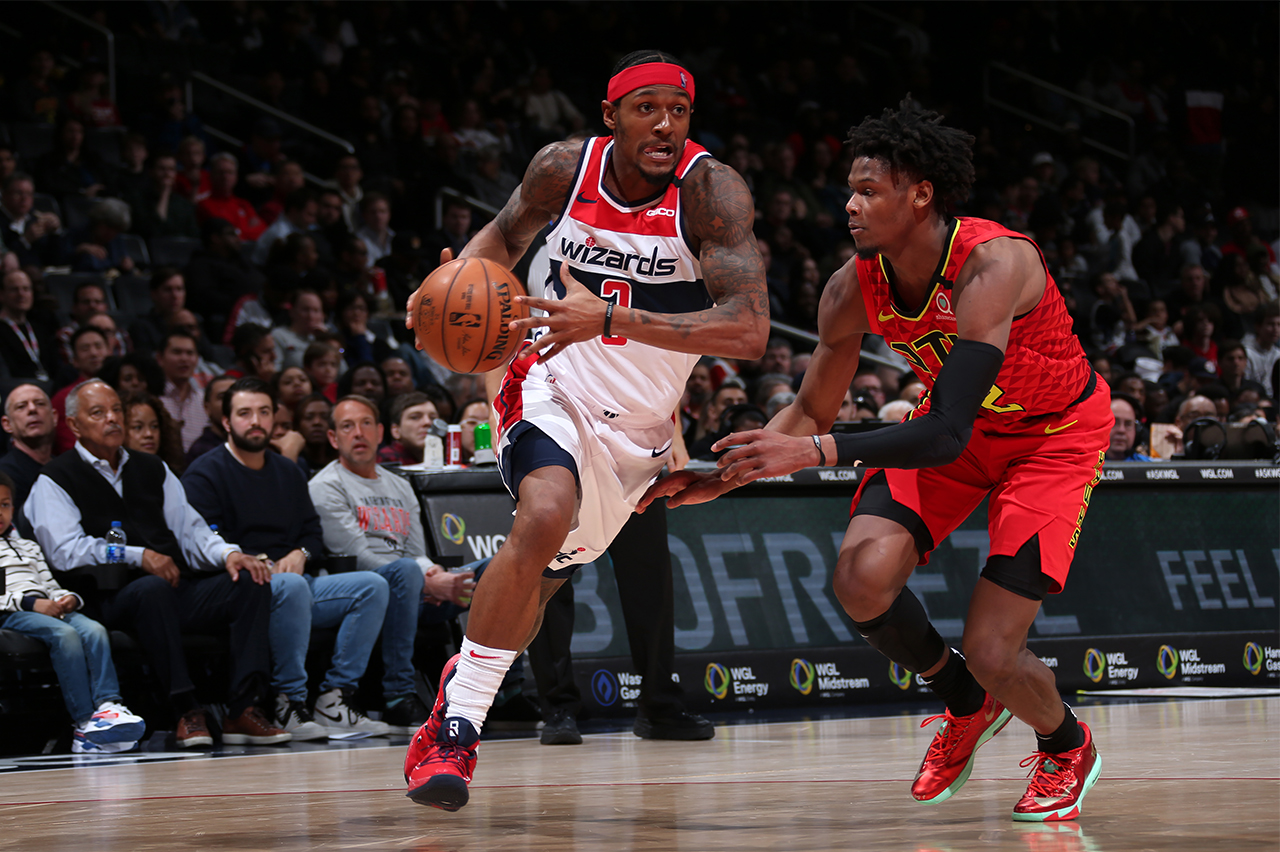 The Wizards’ win was a total team effort as the Red, White & Blue returned to The District short-handed. With Ish Smith (left hamstring tightness) out for the second consecutive game, the Wizards needed more from Shabazz Napier, Jerome Robinson and Troy Brown Jr., and they delivered, registering at least five assists a piece in Smith’s absence from the starting rotation.

For the third time in the last four games, Beal was feeling it to start the game. He came out firing from deep, hitting his first three shots from beyond the arc and scoring nine of the Wizards’ first 13 points.

No. 3 knew he was bound to start seeing his three-ball fall with greater consistency as he has put in the time on the court and in the film room to make it happen, and the work is paying off.

Bradley Beal says his trainer came up to DC to rework his shot with him. Beal is shooting 51% from deep over his last eight games.

Throughout the first half, neither team could break away. The first half featured 13 lead changes and 11 ties – as both the Wiz and the Hawks shot above 50 percent from the field. But Washington went 13-14 (.929) from the free throw line while Atlanta had only six attempts of their own. As a result, Washington took a 64-57 lead to the locker room at the half.

However, Washington finally created some separation from their Eastern Conference foe at the beginning of the third quarter. A three-pointer from Beal in the first minute of the second half put the Wizards up double digits.

Beal’s first half touch carried into the third quarter as he poured in 11 more points, shooting 4-6 (.667) from the field and 3-4 (.750) from three-point range. The Wizards maintained a double-digit lead for the rest of quarter, peaking at 19 points when Bertans hit three free throws after drawing a foul on a three-point attempt.

Washington maintained a near-20-point lead for the first seven minutes of the fourth quarter before Atlanta made their final push, but it was to no avail as the Wiz held on to preserve the six-point win.

Next up, the Wizards will return to action at Capital One Arena on Sunday evening to square off against a tough Miami Heat squad led by Jimmy Butler. Tip-off is at 7:00 p.m. ET.