Since our season ended, I’ve finally had some time to decompress, and reflect on our postseason run. I’ve gone through a lot of emotions over the past couple of weeks.

There’s a lot to talk about.

I’ll start with the series in Atlanta. It took a lot out of us to get past the Hawks. Atlanta is a team that doesn’t go away. We went up 2-0, and we went to Atlanta a little bit big-headed, a little bit too cocky. Then we ended up losing two, and having to make it a dogfight.

It was a great series, real competitive, real chippy. Atlanta knocked us out of the playoffs back in 2015. We lost Game 6 and the series on our home floor. John, Otto, Gortat and I remembered that one, and we were still a little salty about it. 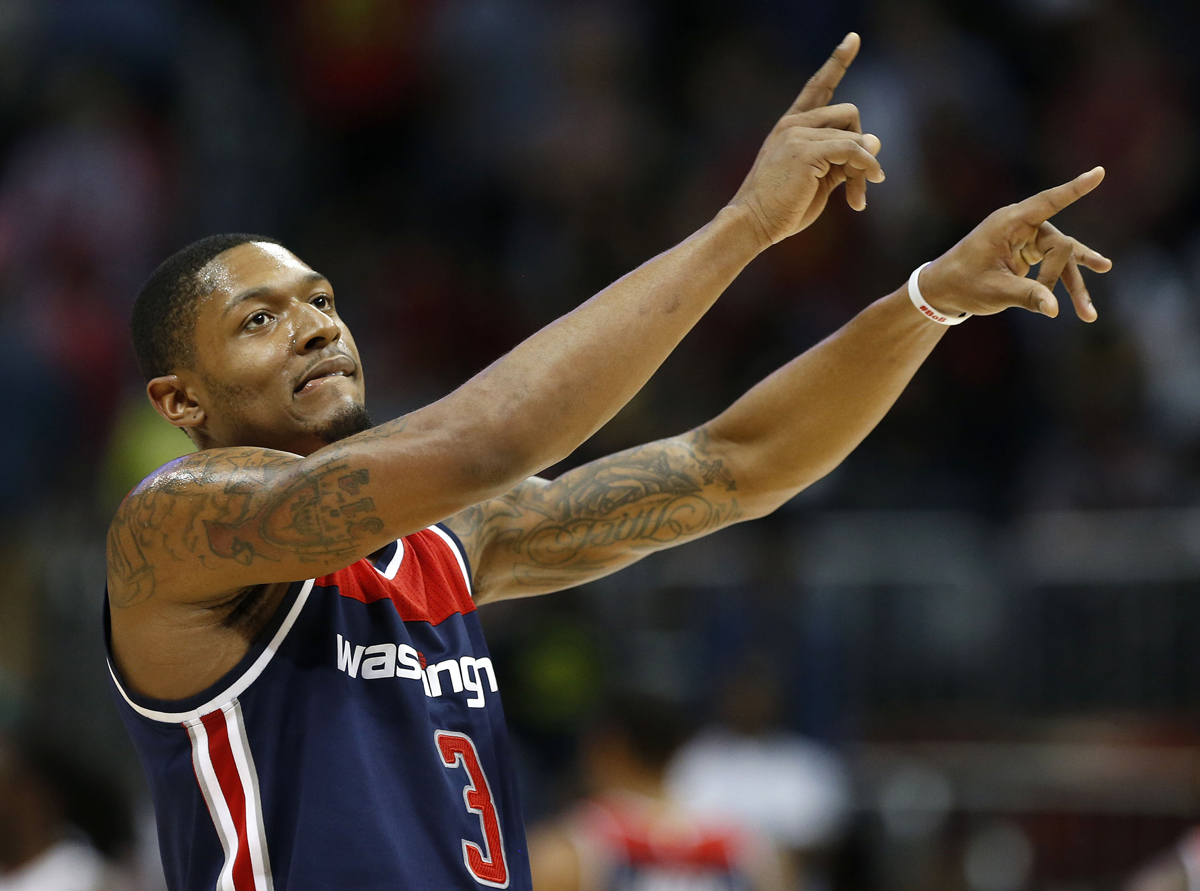 The series with the Hawks was a fight, but we got some vengeance for our loss to them a couple years back (Getty Images).

When we got to Game 6 this year, we wanted some vengeance. We were going to do whatever it took to go out there and win. To be able to close out on the road added an extra exclamation on it. Especially in the playoffs, getting a series-ending road win is a big confidence booster in a lot of ways.

SHIPPING UP TO BOSTON

Unfortunately, we couldn’t turn our success in the first round into wins in Boston.

But we didn’t do what we needed to do.

We were up 10-plus points in the first two games, we just weren’t able to close out them out. We had lapses on defense. We gave up wide-open threes, some easy layups and things like that. Offensively, we were turning the ball over and not really scoring. All those things hurt.

Game 2 for sure was a missed opportunity, and Game 5 was as well. Those are momentum games. If we had won Game 2, we’re going home thinking, “We’re going to win the next two and be up 3-1.” Or if we had won Game 5 in Boston, we’re coming back home with a chance to close it out. We should’ve realized the importance of it and taken better advantage of those two situations.

But it’s a learning curve. Moving forward, we will be a lot better in that situation.

We still have a lot we can be proud of. The way we fought and clawed our way to force a Game 7, that’s big in itself, and for everybody to actually have that experience of knowing what a Game 7 feels like—to have experienced that kind of intensity like you’ve got to leave everything on the line out there on the floor—I think that was key for us. 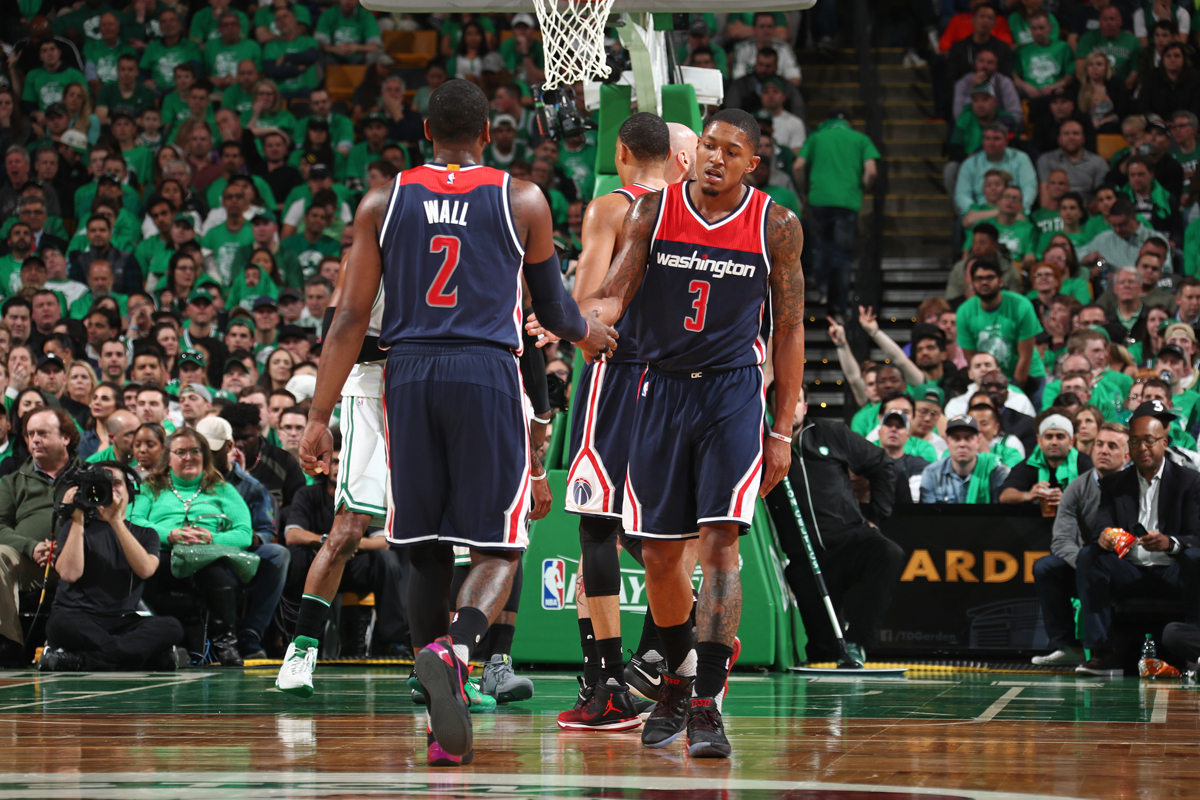 We left it all out there against Boston (Getty Images).

It was probably the most fun game I’ve ever played in. It was exciting, both teams competing their hearts out and playing at an elite level. I enjoyed the atmosphere. I enjoyed being out there with my teammates. Being able to be out there and be stress-free, playing with my brothers, it was awesome.

I was happy with the way I played, but it wasn’t perfect. I can always contribute more. There are things I could have done better on both ends of the floor. But all in all, it was a good game. I was aggressive, but regardless of how many points I scored, I wanted to make sure that I was playing hard, giving it my all, and competing at the highest level.

It was great to have that experience. Moving forward, we’re going to be a threat team ,a contender. Our names are going to be on that list for years to come. We’re going to work ourselves up, and when we get back to that point, we’ll be more prepared. Now we know what it will take to get over that hump, and hopefully, we’ll get over it with flying colors.

LEARNING FROM THE C’S

I trust our team, and we know where we need to improve. That Boston series came down to us not getting stops. It’s not always about our offense. We’re capable of scoring. We have great scorers on our team. But we’ve got to have that mindset that we’re going to get a stop every possession, and do whatever it takes to do that.

For me, I have to accept and embrace the challenge of guarding the opposite team’s best player. I did that in the playoffs, guarding Isaiah Thomas, Dennis Schröder and some of the toughest guys on the teams we faced, doing what I could to slow or shut them down. I have to keep working on my lateral quickness, my footwork, my strength, just being able to keep guys in front of me and shut them as best as possible. To me, it’s more mental, being confident in yourself and having pride in your defense. 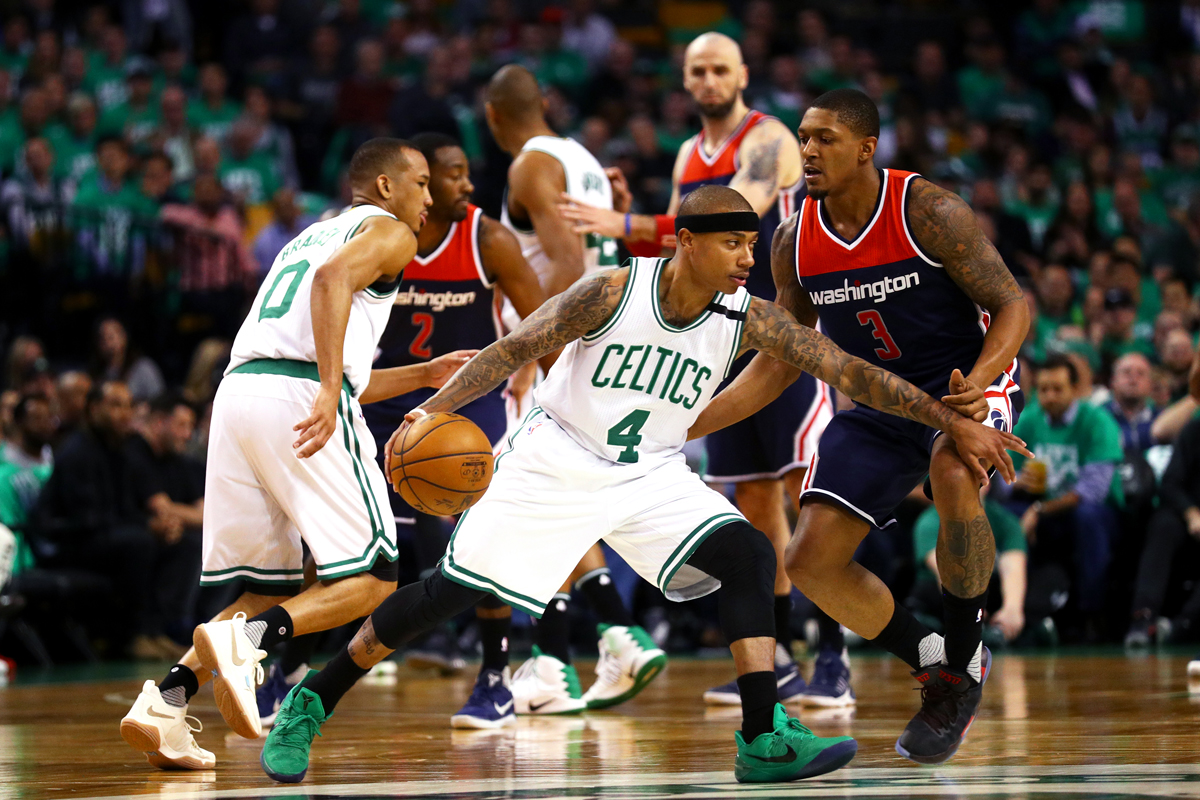 Guarding IT is a tough task for any defender, but it’s my job to take it on (Getty Images).

To our advantage, we were a little bit taller than the Celtics, so we were able to use our length and strength a little bit. But IT is really fast. He’s quick, and he’s strong on top of that, so he’s able to get to the basket and he’s able to finish. He also has a very dangerous three-ball, so he’s a tough guy to guard. You just have to be ready for everything, and that comes with preparation.

On a separate note, I have tremendous respect for IT, and what he did in the playoffs.

With what he was dealing with at the time, to be able to fight through it and be able to go out there and play each and every night, and play for his teammates, play for his sister, play for his family, that’s big. There aren’t a lot of guys who could cope with that. Not a lot of guys could go out there, and play the game the way he did. So you have to respect that. You show your love and credit to him. And it’s great. You appreciate that. You respect guys like that.

For those of you wondering: No, you won’t find The Finals on my TV.

I don’t watch the games. I can’t watch them. I’m still mourning our loss, so it’s time for some time away from the game. I’m going to unwind a little bit and take some time off.

But when I get back to work this summer, I’ll bring plenty of inspiration to my workouts—from that Boston series, from our great season all around, and from our fans. 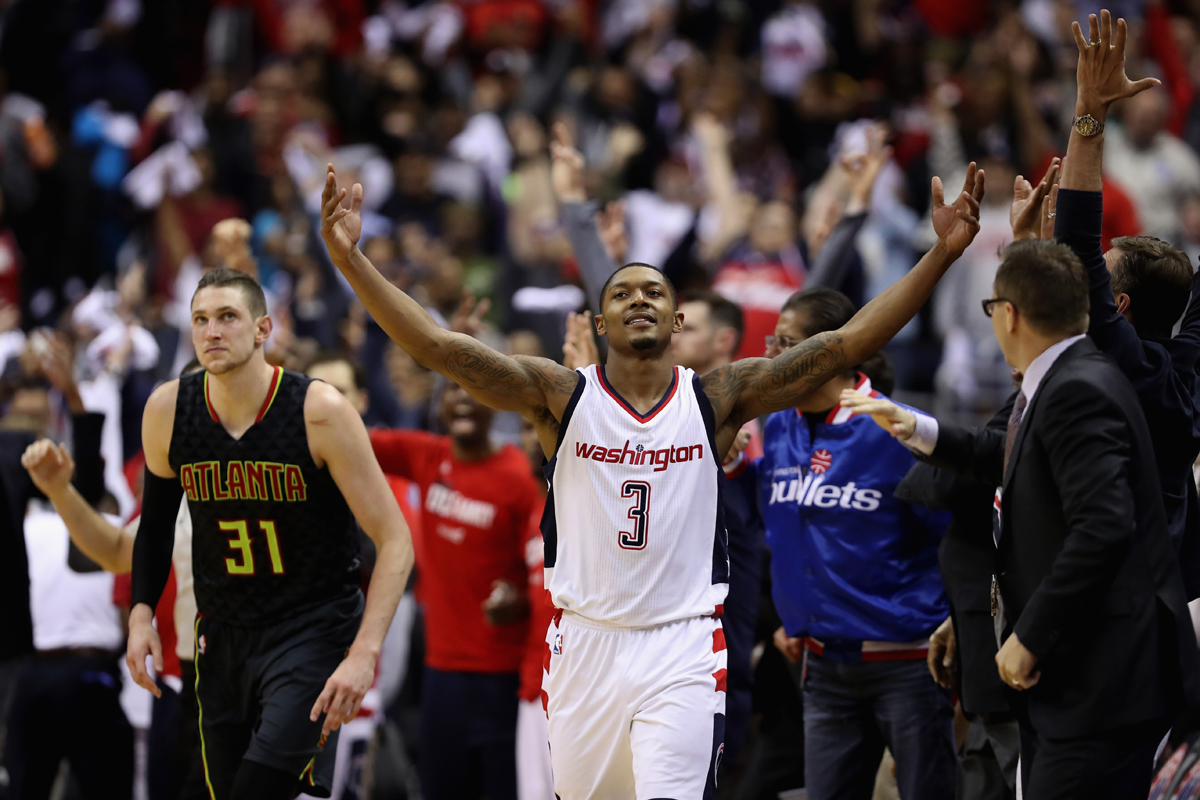 Our fans were incredible all year and pushed us to do great things (Getty Images).

We’re so appreciative. I’m especially appreciative. You guys were great all year. You stuck by our side, from our rocky start to our sad finish. It was great to be able to see good basketball back in the city, so our fans could be able to support a good team, because you deserve it. You support us each and every year and it’s good that we were able to have a successful year, a great run, and a great basketball series for you to enjoy at the arena.

I hope you know how much we appreciate you.

We feed off of your energy, and for years to come we’re going to battling in the playoffs like this, so we’re going to continue to need that support. I can’t wait to hear and feel it again next season!

For postseason Blog II, about the season as a whole, click here!